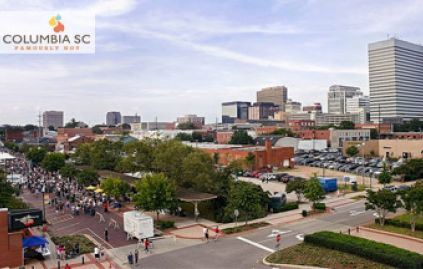 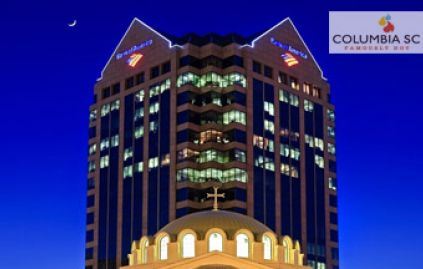 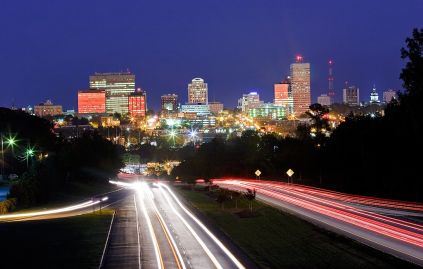 The City of Columbia is the capital and second-largest city in South Carolina. It is home to fortune 500 companies and is located in Richland County. Columbia is one of the only major metropolitan areas in the country that has three rivers flowing through the city. Locals and visitors take in the river scenery by exploring Columbia’s Riverfront Park while nature lovers flock to Congaree National Park and Sesquicentennial State Park.  Columbia is home to the University of South Carolina, the state’s flagship university and the largest in the state, and is also the site of Fort Jackson, the largest United States Army installation for Basic Combat Training. Just 20 miles west of Columbia, you’ll find the site of McEntire Joint National Guard Base, which is operated by the U.S. Air Force and is used as a training base for the 169th Fighter Wing of the South Carolina Air National Guard.

Looking for the perfect blend of fine or casual dining, the arts, shopping, and history? Then look no further than Columbia, South Carolina. This metropolitan city has managed to strategically marry the things that people need and want in a city atmosphere while preserving the historical foundation upon which it was built. Columbia has been making a name for itself for more reasons than being the political hub of the state. In recent years, it has undergone restoration and planned growth that has created beautiful landscaping, and parks, and converted what was once old into something new.

Shopping districts in Columbia like Five Points, The Vista, and Main Street are thriving with restaurants and entertainment on every block. Recent development along Bull Street unites the business community and offers dining options with the popular Columbia Fireflies baseball team. The North Main Street area is open for business with lots of shops and activities for visitors. Take a step back in history by visiting Historic Columbia sites, in Lower Richland County with historic churches and the Harriet Barber House – all great spots to hear the stories of the past.

Explore Columbia’s attractions, and world-renowned restaurants, and find the perfect accommodations for your trip! Meander through the four-story South Carolina State Museum for interactive history and learning and plan to take in the South’s largest children’s museum, the 67,000-square-foot EdVenture Children’s Museum. Brush up on your history at the South Carolina State House and while visiting strike up a friendly competition to compete to find all 6 stars marking where Sherman’s artillery shells hit the building. Make sure to stop by the Columbia Metropolitan Convention and Visitors Center to pick up information during your trip.

Did you know that Columbia was the first planned city in the United States?

Richland County is indeed a rich land. From its beginnings, the county was destined for great things. During the colonial period, the state’s ties to the sea held its cultural and political heart in Charleston. By the Revolution, however, many people moved to the Midlands and the upstate. Little representation and the sheer distance to Charleston left much of the state disgruntled and by 1786, the legislature decided to move the capital to a central location, at the confluence of the Broad and Saluda rivers. The founders called the new capital “Columbia.” The planners laid the town of two square miles out on a grid crisscrossed by wide streets. The General Assembly first met in the new State House, at the corner of Senate and Assembly Streets in January 1790, by the time Sherman burned Columbia to the ground in 1865, it was a thriving city.