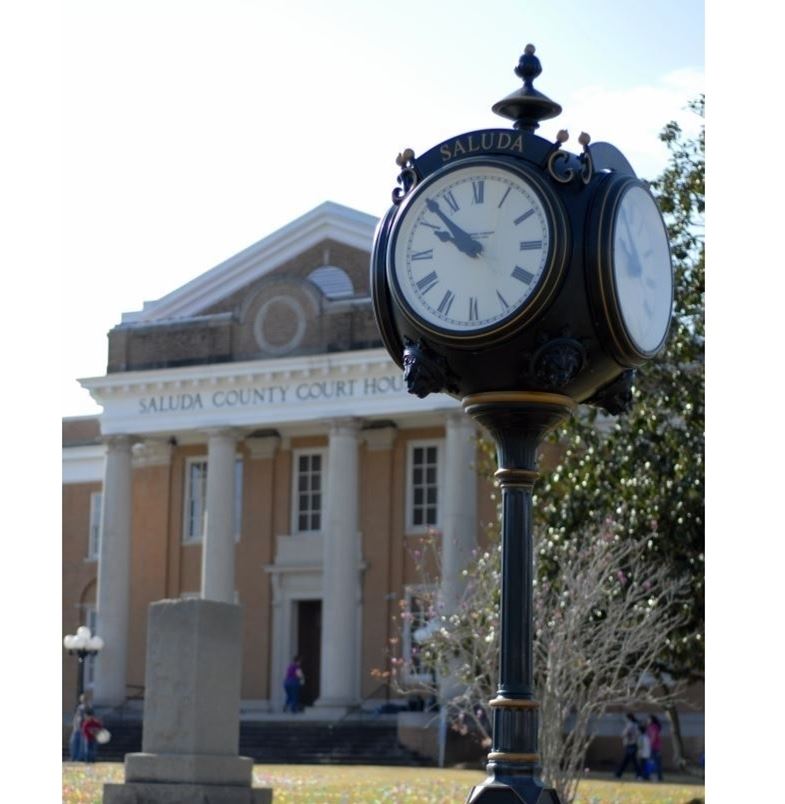 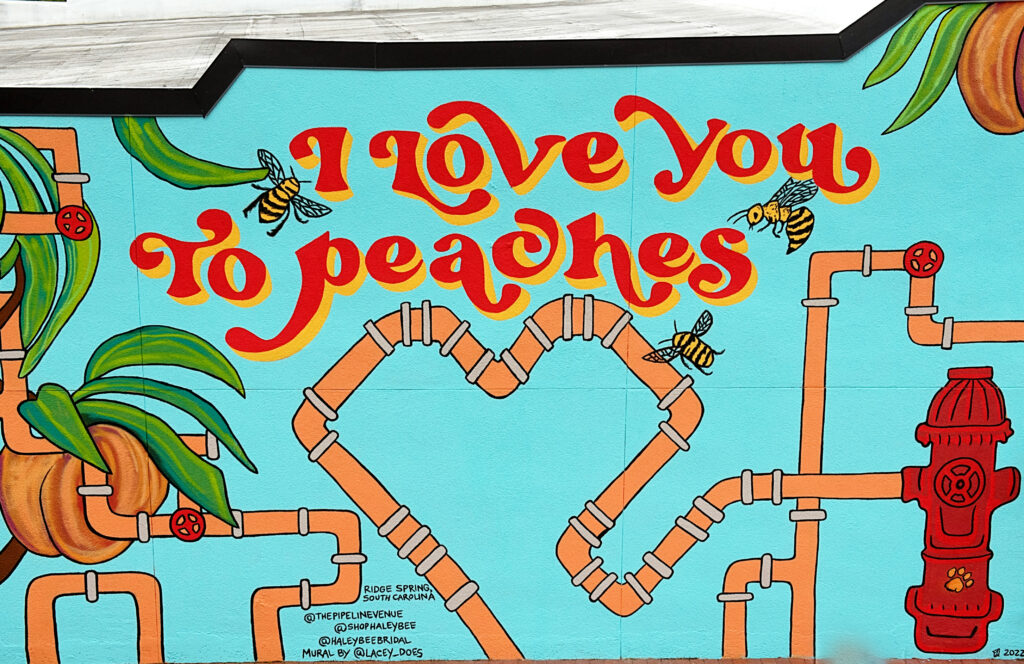 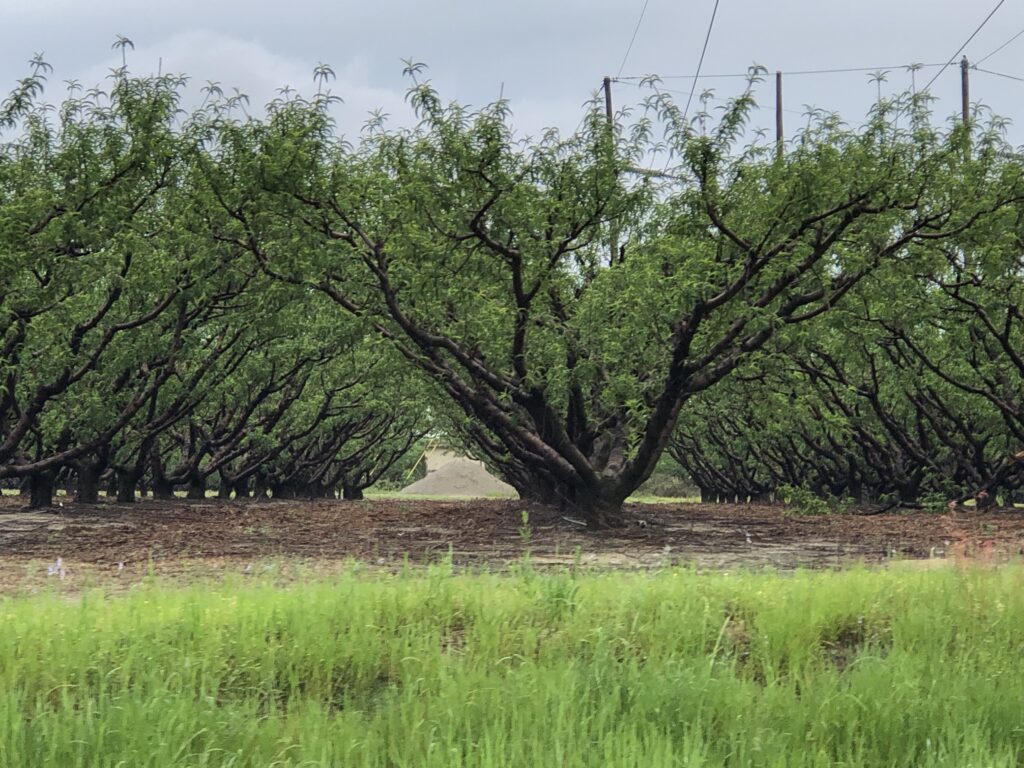 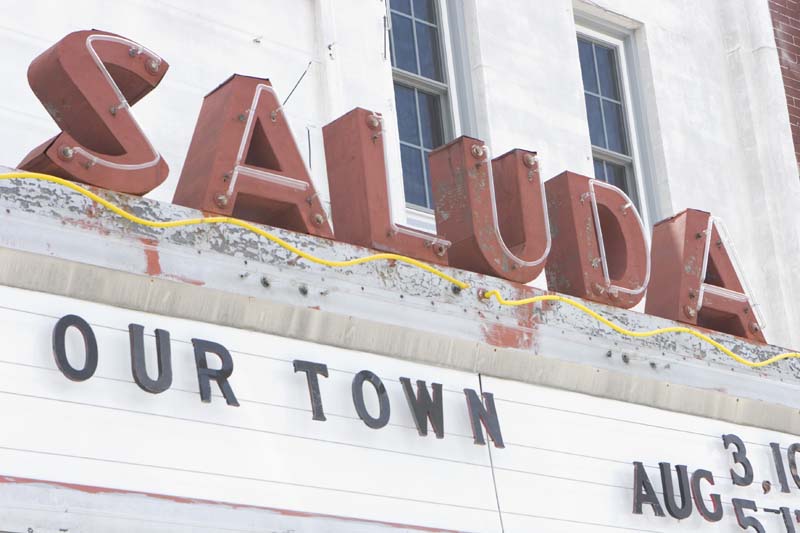 Saluda is a town rich in history, calling itself “The Birthplace of the Alamo Heros”. The town is located in the Piedmont region of South Carolina and was originally inhabited by the indigenous Cherokee Tribe and was later settled by Scotch-Irish and English settlers who began moving into the area in the mid-1700s. For many years Saluda’s economy was driven by cotton and the railroad, later to be replaced by textiles. In more recent years the rural landscape has become home to more than 700 farms. Explore Saluda’s rich agriculture and history during your visit to Lake Murray Country!

Explore the Town of Saluda

In the Town of Salda, located on the courthouse square is the Saluda County Historical Museum & Theatre. This museum houses historical artifacts and ancestral information pertaining to Saluda County. The Art-Deco theatre was built in 1936 and is being restored to its original condition. Other museum properties include the pre-Revolutionary Bonham House, the birthplace of James Butler Bonham (see Alamo below), and the Marsh-Johnson House c. 1802. Tours may be arranged, just ask. Hungry? Stop by Juniper, a well-known “foodie” restaurant in Ridge Spring, SC that serves locals and visitors from afar. Juniper’s Chef, Brandon Velie is a South Carolina Culinary celebrity. Chef Velie helped start the South Carolina Chef Ambassador program and the SC Certified produce program with the SC Department of Agriculture. Chef Velie has also had the honor of cooking at the Jame Beard House in New York City.  Explore Saluda’s attractions, and world-renowned restaurants, and find the perfect accommodations for your trip!

Saluda County’s peaceful country charm will draw you in and the people will make you wish you could stay longer. A predominantly agriculture-based economy, this up-and-coming county has six major highways converging on its county seat and is only a short drive from interstate access.

Agriculture is what Saluda County is known for both statewide and nationally. Its sweetest crop is the South Carolina peach! As part of “the ridge” area of South Carolina (includes the Southcentral counties of Aiken, Edgefield, Lexington, and Saldua), Saluda County is the leading peach-growing county in the state. While you’re in the area stop by Watsonia Farms’ Peaches ‘N’ Such. Wich started as a roadside stand in the 90’s and has since grown into a small retail store where you can grab breakfast, lunch, dinner and taste the most amazing peach ice cream. “The ridge” derives its name from the ridge of sloping hills that transcend the area. Cold air seeks the lowest point, and the Ridge provides food drainage for the air which seeps into the valleys on either side.

It isn’t all farming in Saluda County these days. Several gift shops and country-style, fine dining restaurants draw people to downtown Saluda and Ridge Spring. Men and women alike seek to tame the Ridge at the Breeden-designed Perimimmon Hill Golf Club. Originally formed by local doctors and opening in 1963, this public course lays claim to South Carolina’s longest par 5 on hole 18 boasting 630 yards. It isn’t uncommon for folks from all over to fly into the Saluda Airport to experience the “Thrill of the hill.” Saluda County is well known for the many antique shops and is proud to host “the longest yard sale” in South Carolina, the Peachtree 23, in Ridge Spring. The Big Mo Drive-In is also a must-see attraction for the entire family. Watch a movie on the big screen and stop by the concession stand at one of the last remaining Drive-In theatres in SC.

Saluda “Will Never Forget” the Alamo

Saluda remember the Alama. If you do, you’ll remember its heroes Col. William Barrett Travis and James Butler Bonham, both natives of Saluda County and both honored on the grounds of the beautiful courthouse.

The Bonham House was built in Saluda, SC in 1780 and was owned by Sophie Smith Bonham. Her husband fought in the Revolutionary War. Her son, James Butler Bonham, would become one of Saluda’s famed sons who would die defending the Alamo. One of his brothers would go on to be a Civil War General and Governor of SC.  Call ahead to schedule a tour of this home and the Historical Society’s other Revolutionary Era home (the Marsh-Johnson House).

Can’t get enough heritage tourism? Check out the mural depicting the Saluda Old Town Treaty of 1755 where “Old Hop” and other chiefs of the Cherokee Nation gave up much of their SC lands west of the Broad River. The English word “Saluda” came from the Cherokee word “Tsaludiyi”, meaning “Green Corn Place”. Today Saluda is recognized as a National Historic District. Read more about this story and South Carolina’s involvement in the Revolutionary War here.