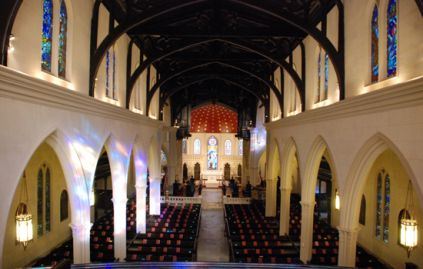 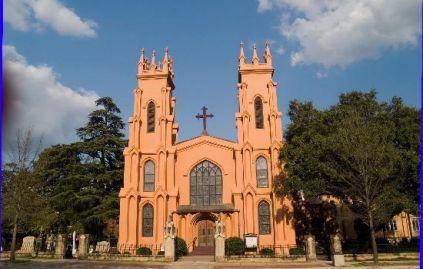 Trinity Episcopal Cathedral is celebrating more than 200 years of life and ministry and mission. We look ahead with anticipation as we look back at a rich past.

Following the American Revolution, the Episcopal Church, the successor to England?s Anglican Church in South Carolina, was in difficult straits. Clergy had fled with the British occupation forces, buildings had been destroyed, and there were no congregations in the backcountry where a majority of the state’s population resided. In order to help the church expand into the backcountry, a group of low country Episcopalians formed the Protestant Episcopal Society for the Advancement of Christianity in South Carolina. Trinity was the first church this group helped establish.

In 1812 a group of Columbians incorporated themselves as the first Episcopal parish in the backcountry. They held their first meetings for worship in the Senate chambers of the State House. With the support of the Protestant Episcopal Society, funds were raised for the construction of a small, wooden cruciform (cross-shaped) structure on the southeast corner of Gervais and Sumter streets; this church building was dedicated in 1814. The next twenty years saw this promising beginning falter. Membership declined, and the church was without a resident rector (senior minister). In 1833 Peter Shand, a young lay person from Charleston, came to Columbia. The following year he was ordained and began a fifty-two year rectorate at Trinity Church.

During Dr. Shand’s years, the church prospered; and in 1845 a large congregation engaged the services of Edward Brickell White, a well-known architect, to design a new edifice. The present building (minus the transepts?that is, the side sections) was consecrated in 1847. The congregation, in a superb display of confidence in itself and in the stability of the Confederacy undertook to build the transepts and extend the chancel in 1861-62. On February 17, 1865, the troops of General William Tecumseh Sherman entered the city. The next morning, one-third of Columbia was in ashes. The fires raged all around Trinity, but miraculously the church was spared.

From its beginnings as a country church of fewer than twenty-five communicants, Trinity has grown to an urban parish numbering more than 3600 baptized members. Throughout its history the parish has played a leading role in the affairs of the city, the state, and the church. Six of her rectors have become bishops, and she has numbered among her congregation members of Congress, judges, legislators, and governors. In November 1976, the Diocese of Upper South Carolina, in convention assembled, voted to make Trinity Church, Columbia, its cathedral parish. The necessary documents were proclaimed in January 1977, and a magnificent liturgical celebration commemorating this event was held in May 1977. A significant restoration of the aging church structure was completed in 2011.

In 2012 the church celebrated 200 years of its life with a grand celebration, beginning worship services in the State House across Sumter Street, and processing into the church.