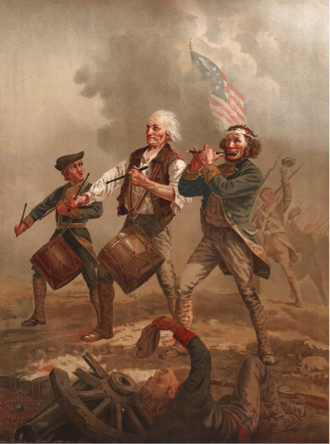 In the Capital City/Lake Murray Country region, also known as the Midlands, there are numerous stories and three historic sites and artifacts that visitors can see and explore. The Museums are only wonderful places to start learning about the incredible history of the war and the Midlands role in it. Please read on…

The South Carolina State Museum houses a map highlighting major battles that took place in South Carolina, including the Battle of Sullivan’s Island, the Cherokee Attack and the Battle of Cowpens, as well as the role that African Americans and women played in the war.

At the museum, visitors can explore the diverse and exciting history of South Carolina through fascinating displays. Visitors can learn about the early settlers, who came from various cantons, principalities, and city-states of Germany and Switzerland. Others were from Pennsylvania and Virginia. 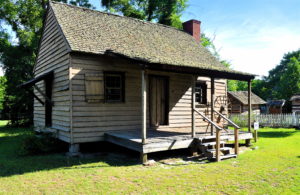 At the Lexington County Museum, the Laurence Corley Log House, built in 1772 in what was then called Saxe Gotha Township, is the oldest documented house in the town. It was originally located on land where U.S. Highway #1 crosses over Twelve Mile Creek and then it was moved around the 1800s to higher ground. In 1973, it was moved again to its current location.

Lexington native, Laurence Corley, served in the Revolutionary War in Captain Gabriel Friday’s militia and is notable for owning most of the land, which the Town of Lexington now occupies. Although Laurence died in 1815, his second wife, Barbara Derrick Drafts Corley, sold several acres of land to the state in 1819 in order to establish the Town of Lexington. She was affectionately known to locals as “Granny Corley.” 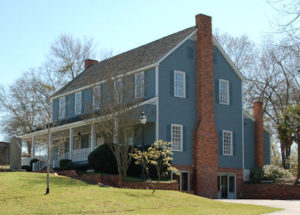 Visitors can learn about the discovery of the lost colonial town of Granby, South Carolina and hear the battle stories while visiting the Cayce Museum.

In Cayce, the original trading post and fort was purchased in 1817 by the Cayce (originally Cacey) family, who used it as a residence for almost 100 years. Today, the replica of historic Fort Granby, the Cayce Historical Museum is located on 12th Street in Cayce, SC. The museum houses a collection of exhibits from this era.

About the battles that took place…

A book titled, “Miracles to Yesterday -Science and Faith Come Back Together,” by David Brinkman, talks about teaming up with the South Carolina State Archaeologist to lead an effort which would find the lost British outpost Fort Congaree, II. This forgotten fort had been the training ground for young men who would later become heroes of the American Revolution.

One by one, several miracle events led Brinkman to unsolved history mysteries in his home state of South Carolina. Historical research and archaeology would lead him to find lost ferries, bridges, an old South Carolina State House and the site of a skirmish that would mark the end of the American Civil War as well.

In 2010, a near death experience for Brinkman linked the miracles and brought on the discovery of the lost colonial town of Granby, SC, which in 1786, had been chosen as the new capital for the state of South Carolina. 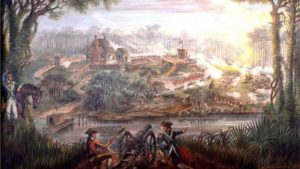 Named Fort Granby after the then village of Granby, Fort Granby was captured by Patriot forces in 1781 and then abandoned as a fortification. A trading post was established by James Chestnut and Joseph Kershaw at Granby Village in 1765.

On May 2, 1781, with about 400 to 500 men, the English laid siege to Fort Granby, commanded by Major Maxwell, of the Prince of Wales Regiment. Maxwell had 340 men, including 60 regulars. He also had some loyalists, including a militia unit from the Orangeburg area, under Captain Samuel Tolless. Maxwell’s artillery at the fort consisted of 2 twelve-pounders, and 3 or 4 smaller cannons.

Colonel Thomas Sumter had written Major General Nathanael Greene requesting a field piece and ammunition from Greene, and a six-pounder was immediately sent. He sent Greene 10 wagons of meal, and in a few days Sumter received ammunition in those same wagons, plus the cannon. Sumter then took his main force, and the cannon, and moved against Orangeburg, while, at the same time, leaving a detachment, under Colonel Thomas Taylor to besiege the fort.

On May 13, Lieutenant Colonel Henry Lee and a large force left Fort Motte on a mission to Fort Granby. Fort Granby was a strong British post, commanded by Major Andrew Maxwell, which held 292 Tories and 60 mounted German mercenaries. The fort was actually a fortified farm building. Lee knew that Maxwell was not a strong military leader, devoting most of his time to collecting plunder.

On May 14, Lee, with 400 to 500 infantry, arrived at Granby in the evening. Already there besieging the post was a small detachment of Sumter’s under Colonel Thomas Taylor. Lee arrived within 600 yards of the fort and set up a 6-lb. gun. He was to wait until the morning before beginning his attack.

After the morning fog lifted, he ordered an artillery barrage on the fort and moved his Legion infantry forward. They fired a volley of musket fire at the fort. Having shown the strength of his forces, Lee decided to negotiate surrender. Major Andrew Maxwell, commander of the fort, stated that he would surrender only if he and his men could keep their plunder, taken from the local countryside. Lee agreed to these terms.

On May 15, after the early morning fog cleared, he ordered the gun to fire and then moved forward with his men. Maxwell’s pickets were quickly overrun. Lee summoned Maxwell to surrender. Maxwell stated that he would accept the surrender on 2 conditions. The conditions were that he and his men could keep their plunder and the garrison would be allowed to withdraw to Charleston as prisoners of war until exchanged.

Lee had sent a small cavalry force to screen in the direction of Camden, looking for signs of Rawdon and his reinforcements. Lee received word from the cavalry screeners that Rawdon had been spotted crossing the Santee River at Nelson’s Ferry and was approaching Fort Motte. Lee was in a hurry so he sent word to Maxwell that the original surrender terms would be accepted.

The British garrison contained 60 British regulars 280 Loyalist, two artillery pieces, and included numerous wagons. Lee thought the British garrison’s strength was at 360, and that most of those were loyalists. Knowing that Lieutenant Colonel Francis Rawdon, who was at Camden, had been requested from the Tories and that he may be on his way, he allowed horses belonging as private property to individuals of the garrison to be kept by them, while officers were allowed their side arms as well.

Maxwell himself was permitted to retain two wagons of private baggage. The Germans objected to this and temporarily suspended the surrender. Those Germans were marched to Charleston as prisoners of war on parole.

Before noon, the capitulation was signed and Maxwell moved 2 wagons full of his personal plunder. The fort was well stocked with stores, which under terms of capitulation, were left for the Americans. The equipment that was captured was 192 muskets, 86 bayonets, 63 rifles, 8,928 musket cartridges, 100 cartridge boxes, 3,000 flints, 120 lbs. of powder, 328 lbs. of lead, 20 12-lb. canister shot, and 1 drum.

Sumter, who was angry with the terms Lee gave, and by having the prize of Granby taken from him, offered his resignation, saying that his old wound troubled him. Major Greene, each time, respectfully refused it, while giving him a sizable share of some of the munitions and stores captured at Granby, He also gave Sumter some of the slaves taken from loyalists there. Sumter then used those slaves as pay for his 10 months men. After the surrender, Lee moved to besiege Augusta.

Find more information and a Revolutionary War itinerary at LakeMurrayCountry.com/revwar