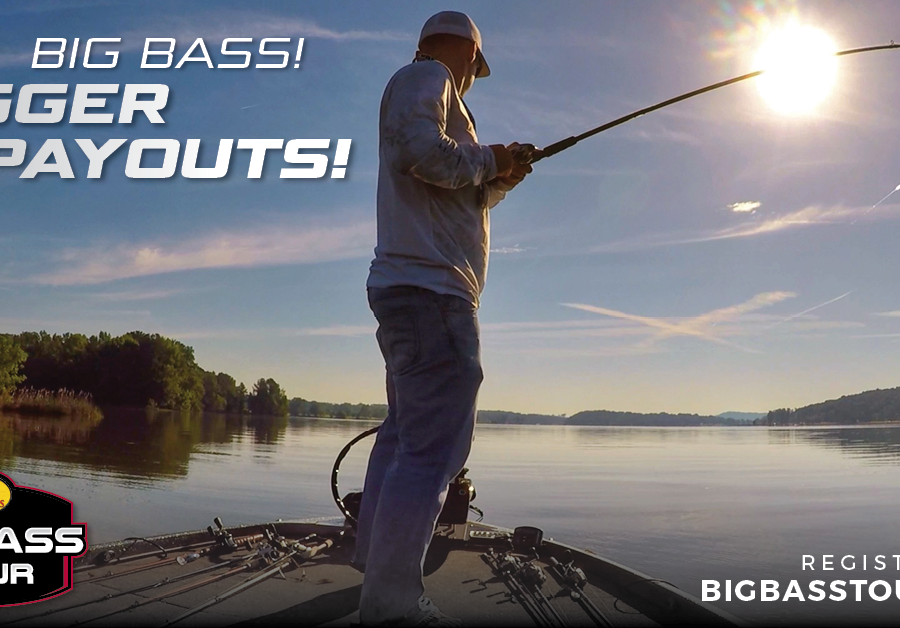 The Capital City/Lake Murray Country region is excited to host the Big Bass Tour tournament this weekend on Lake Murray. The fishing and weather should be excellent! 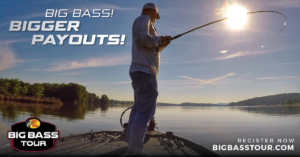 You don’t have to convince Forrest Wood Cup Champion Anthony Gagliardi that fall is a great time to hit Lake Murray. A few years ago, he caught his personal best big bass, a 10-pound fish of a lifetime, while jigging a spoon in 40 feet of water in late October.

That fish was accompanied by a largemouth several pounds larger, “the biggest one I’ve ever seen not in a fish tank,” he said. It’s a pattern he’d normally expect to be a prime method to catch a big one in next weekend’s Big Bass Tour event. “They’re eating white perch that are 4- or 5-inches long. You might catch 20 perch, and then suddenly you’ll hook an 8-pounder.” Normally the spoon might be his primary weapon, but due to the persistent unseasonably warm weather, Gagliardi wouldn’t rely upon it exclusively.

This year’s event will be held almost exactly a month later in the calendar than the past three Big Bass Tour tournaments on Lake Murray, which all took place in late September. They’ve all been marked by huge numbers of fish weighed in, with it typically requiring a bass in the 7-pound class to take home top honors. In 2015, the overall winner brought a 7.23-pound brute to the scales, while a year later 6.97 claimed the top prize. Last year, two anglers eclipsed the 7-pound mark, with Ron Wood’s 7.50 beauty falling just a bit short of Preston Rickard’s 7.79 pound largemouth, the single largest fish weighed in during BBT competition on Murray. Gagliardi thinks there is a substantial chance that top mark will be broken this time around because conditions are so good.

“Fishing should be excellent because of the winter drawdown,” he explained. “The water’s been moving and there is current, so they should be schooling on main lake points.” That’s a bite that’s typically better in September, though, at least for bigger fish. He’d start with a topwater like a pencil popper if the fish are feeding on the lake’s prolific blueback herring, but if they got pressured or were chasing small shad instead, he’d downsize to a smaller walking bait. A Black Flagg Slikk Shadd soft plastic swimbait would also be on the deck of his boat.

It has never taken less than 5.40 pounds to squeak into the top 10 overall, so small fish need not apply for the overall leaderboard, but with a bit of planning and some attention to the live leaderboard, it is proven that a bass in the 2-pound class is likely to take home hourly money. That makes the schooling bite a good option for many, because It can certainly produce hourly winners, and might even produce a seven-plus.

Another way to catch a big loner this time of year is to beat the banks with a swimbait like a Live Target herring or bluegill imitator, as well as a buzzbait. The fish will cling to the bank for a while, but as the water level drops it may take them with it. That’ll position them on brush in front of the deeper docks, where Gagliardi likes to use a 3/8 or ½ ounce Buckeye Jig to extract them.

“If they’re keying on bluegill, I like a green pumpkin jig,” he explained, both in brush and when skipping it under docks. “But the crawfish here are unusually dark and have a lot of red in them, so I often use black and red. Black and blue can also be good, but I don’t use it as much.” Because the crawfish are also “gigantic,” he’ll pair his jig with a matching oversized plastic craw, like a Black Flagg W Craw.

One more oddball bite is to fish the offshore grass, which grows out to 12 or 14 feet. It’s “stringy and brittle and not easily fishable,” he explained, but as the water is drawn down the fish may pull out into it and be easy pickings while much of the rest of the field chases schoolers. No matter which pattern or patterns anglers choose to pursue, the entire lake should be in play, and with the fish putting on a heavy feed bag there will no doubt be lines at the scales and heavy competition for top honors.