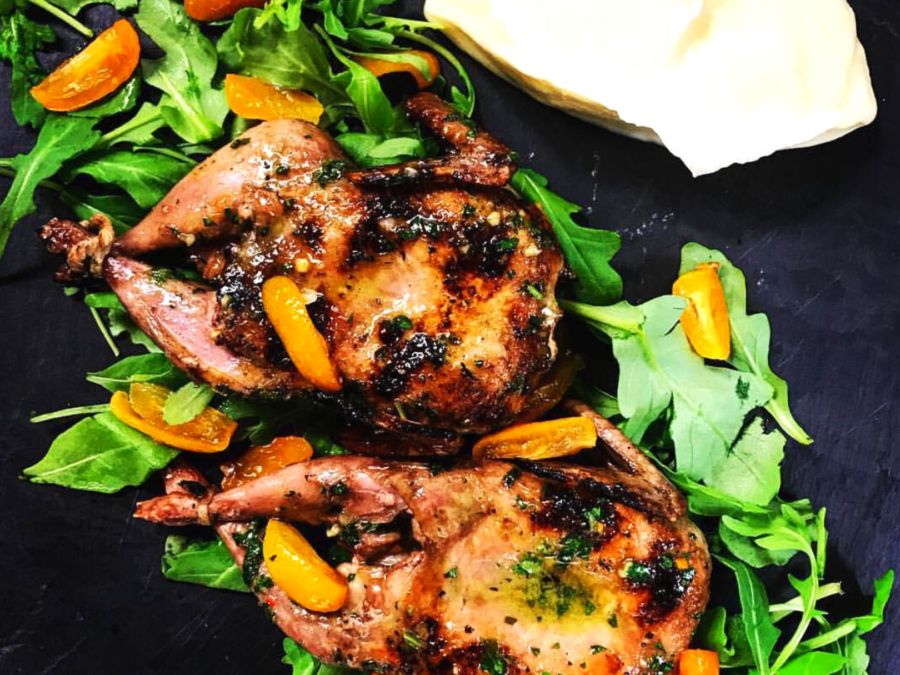 The World Food Championship’s Final Table event is headed to Lake Murray Country, April 30th-May 1, 2022. Yes, that’s right…our destination best known for its Palmetto trees and fishing activities is about to turn up the heat, as it hosts the largest culinary competition in Food Sport. The World Food Championships (WFC) is hosting its finale event in Columbia, SC, where one cooking team will reel in a first place victory and a $100,000 grand prize.

For its first challenge, the ten contestants are tasked with creating their best dish featuring biscuits, grits and peaches. Each cook will be required to use Adluh flour, which is the South Carolina state flour, as well as Adluh grits in their dish. Additionally, the finalists must incorporate Lake Murray based Titan Farms peaches.

The second task is a brand new culinary challenge for the Final Table. Not only are the five finalists who advance to round two expected to create a delectable dish for the judges, but they must also catch it. The Catch and Cook Challenge will test these finalists’ angling skills as well as their cooking skills as they hit the water bright and early to catch one of the abundant species of fish native to Lake Murray waters.

For the final challenge, the three remaining finalists will be tasked with creating a dish that will be added to the menu of South Carolina’s McCutchen House.

Are you wondering who’s in this “Ultimate Food Fight?” Meet the top 10 chefs competing… 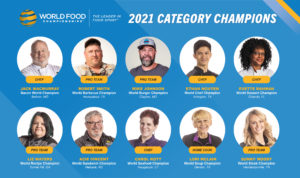 Chef Jack MacMurray, from Ballwin, MO, won his way into the World Food Championships through the organization’s state partnership with Missouri as he was named St. Louis Missouri’s “Show Me Series Bacon Champion.” Chef MacMurray has nearly thirty years of culinary experience filled with impressive accolades including cooking for President Ford (1993-2001) and is currently the Executive Chef at Old Hickory Golf Club in St. Peter’s, Missouri.

Head Cook Mike Johnson, from Clayton, MO, is a part of the World Food Championships’ St. Louis, Missouri’s Competition Team. WFC is far from his first success as he is owner of several Missouri “good eats” including Sugarfire Smokehouse, Hi Pointe, The Boathouse, Chicken Out Chicken and Sugarfire Pie.

Chef Ethan (Preston) Nguyen, from Arlington, TX, is the youngest competitor to ever be crowned a Category Champion at World Food Championships. The 18 year-old freshman currently attends culinary school at Dallas College, where he is “pursuing his dream of becoming a recognized culinary expert and chef.” For his first internship (and now part-time employee), Chef Nguyen works in Arlington’s Lebanese Grill.

The dish that he won with to be apart of the final table competition was the Wagyu 3 Ways and a Taste of the East.  This is a Wagyu Short Rib 3 Ways (Cured on Himalayan Salt Block, Yakatori-style, Cold Smoke Infused with Peachwood), Fried Masala Curry Cauliflower Rice, Kimchi Cucumbers, Masala Curry and Chive Flatbread, with Cream Sauce. And, each element contains Minor’s Masala Curry.

Professional Baker Evette Rahman, from Orlando, FL, is the first-ever competitor to become a three-time Category Champion (Dessert – 2016, 2019, 2021). Chef Rahman owns and operates a local bakery – Sister Honey’s – in Orlando, Florida. She has also received multiple culinary awards, been featured on Food Network and served as a panelist on the Crisco® Pie Tips Hotline.

The dish that he won with to be apart of the final table competition was Pyure Blueberry Blast Pie. This includes fluffy cream cheese layers encased with a fresh blueberry filling is guaranteed to chase the blues away. The pie is garnished with additional whipped cream, flowers, and berries.

Competition Cook Liz Waters, from Tunnel Hill, GA, has over 15 years of experience cooking and competing in the BBQ industry, where her team “Smoke Stack BBQ” has won numerous Grand and Reserve Grand Championships. However, Waters competed in the World Food Championships for the first time in 2019 in the event’s Chicken Category (placed 6th) and won the World Recipe Championship title on just her second attempt (2021).

The dish that he won with to be apart of the final table competition was Spanish Bayou Shrimp and Hot Tomato Grits Description: This is a low-country boiled, wild-caught gulf shrimp. Sitting on top of creamy hot tomato grits served with a rojo chimichurri. It is finished off with a sprinkling of crunchy prosciutto, a herbed-cheese foam and a gazpacho caviar.

Competition Cook Acie Vincent, from Mebane, NC, is a two-time World Sandwich Champion (2017, 2021). His three major passions in life are “cooking, art and family.” He started his business “The Redneck Chef” with his wife in 2014, which sells spice blends, BBQ rubs and will be expanding to include BBQ sauce and other culinary items.

The dish that he won with to be apart of the final table competition was Japanese Style Shumai Sandwich. This sandwich reinvents all the flavors we all love in Japanese style Shumai and then some. Featuring Wamplers sausage mixed with shrimp and other Asian ingredients. Slathered with an inventive and tasty Japanese style aioli and topped with roasted onion, sliced heirloom tomatoes, a crispy chicharron with Asian umami nestled in an English muffin made from scratch.

Chef Carol Koty, from Naugatuck, CT, was born and raised in Connecticut, where she specializes in the world of upscale wedding catering. She claims, “it is there that she developed her signature style of making fabulously elevated American comfort food classics with a seafood focus and an innovative international flair.” As a seasoned culinary competitor, Chef Koty has an impressive reservoir of achievements prior to being crowned the 2021 World Seafood Champion, including being featured on Food Network’s Guy’s Grocery Games.

The dish that he won with to be apart of the final table competition was Sea Bass, Handmade Fettuccini & Italian Shrimp Sausage. An Italian feast of pan-seared Chilean sea bass on a throne of handmade pasta seasoned with black pepper, parmesan & a spicy tomato sauce inspired by traditional scarpariello. Handcrafted shrimp sausage makes it a hearty meal with bacon & gorgonzola.

Home Cook Lori McLain, from Denton, TX, has competed in every World Food Championships event since its inception in 2012. Being retired from her advertising career, McLain “brainstorms recipes instead of ads.” The proclaimed foodie enjoys everything from the delicious comfort foods of home to trendy new tastes from her favorite restaurants.