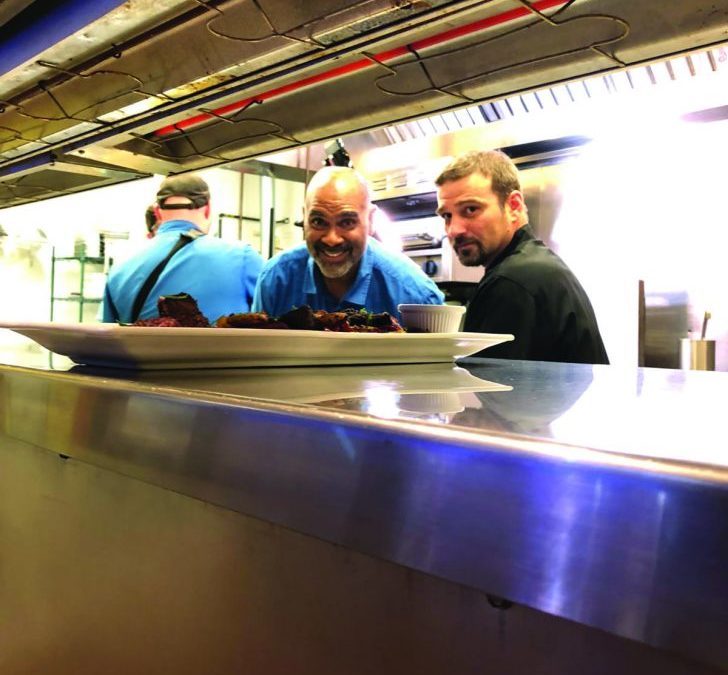 Throughout this Summer, the Town of Lexington and Lexington County will be filmed for national tourism promotions.

The Capital City/Lake Murray Country Regional Tourism Board is updating its national television ad during the month of July.  Specific areas of the town included in the ad are the Blowfish Baseball Park and views of Main Street’s newest restaurants. Other areas of the region to be included are the Pier 36 Exhibit at Riverbanks Zoo, the Big Mo Drive-in and Enoree Winery.

Another filming, also taking place during July, is the Anglers & Appetites TV Show. The show will air on Fox Sports South and nationally on Destination America. Lexington County Museum’s J. R. Fennel will share Lexington’s history on the Two Gals & A Fork Tour.  The tour will highlight the town’s newest restaurants on main street, Bodh and O’Hara’s. The tour ends with dinner at Alodia’s, owned by Lexington’s own Adam Huneau.

Lake Murray Fishing Guide Mike Glover and Bass professional pro Anthony Gagliardi will fish on the Jewel of South Carolina.  Their catches will be cooked in2 local restuarants. The Anglers & Appetites crew films two chefs preparing the dinners at Alodias in Lexington and Bistro on the Blvd in Irmo.

The Anglers & Appetites Show consist of 2 episodes for season four; each episode will run three times a week on Fox Sports South and once a week on Discovery’s Destination America -totaling a minimum of 8 airings. CCLMC’s regional tourism ad will run twice in each 30 minute episode totaling 16 minimum commercial airings.   CCLMC commercials will also be embedded in Social Media versions (Youtube & Facebook) PLUS AMAZON PRIME on each episode after SEASON 2 has aired.

Later this Summer, the Brush Pile Fishing show arrives at Lake Murray.  The host, Russ Bailey will be joined by a local guide to get the inside scoop on how to best fish the lake including patterns, techniques and area secrets.   The show will air on the Pursuit Channel reach 42+ million weekly on Cable, Dish and DirectTV.  Crappie and Panfish account for 27% of the freshwater market.  There are 14,605,000 Crappie and Panfish anglers across the USA with Bass being the largest market with 10,700,000 anglers.  Once again, CCLMC’s TV ad will run within the show allowing our region the opportunity to showcase the tourism product that we proudly promote.

Going into the new year, CCLMC will unveil its newest marketing promotion-STAYcation Week, which is scheduled for June 2019. Palmetto Weekend and WIS is heavily involved in this major tourism promotion.

Many residents in our community do not realize the marketing efforts and more importantly, the marketing reach and results of the Capital City/Lake Murray Country Regional Tourism Board.    We are the regional tourism office marketing Lake Murray and its surrounding counties (Lexington, Richland, Newberry & Saluda) all across the U.S. and Internationally promoting the region as the Jewel of South Carolina.

Next year our reach will grow even larger.  There is a lot more TV coverage coming that is not mentioned today and our exposure will be even stronger with the GoToDestination selection from the Country Music Association (CMA).  This region has joined with CMA as we share audiences with the same interest of our great outdoors, hunting and fishing.  CCLMC’s ads will be placed into the CMA program as well as featured digitally for 12 months on the CMA website.  CCLMC has started a social media and web campaign to give away two FREE tickets to attend the County Music Awards Show in November 2018 in Nashville, TN.

Be sure to follow our progress and get involved with our organization as we all share in the success of great tourism promotions for this region.  Visit us at LakeMurrayCountry.com, #VisitLakeMurray, and @VisitLakeMurray.