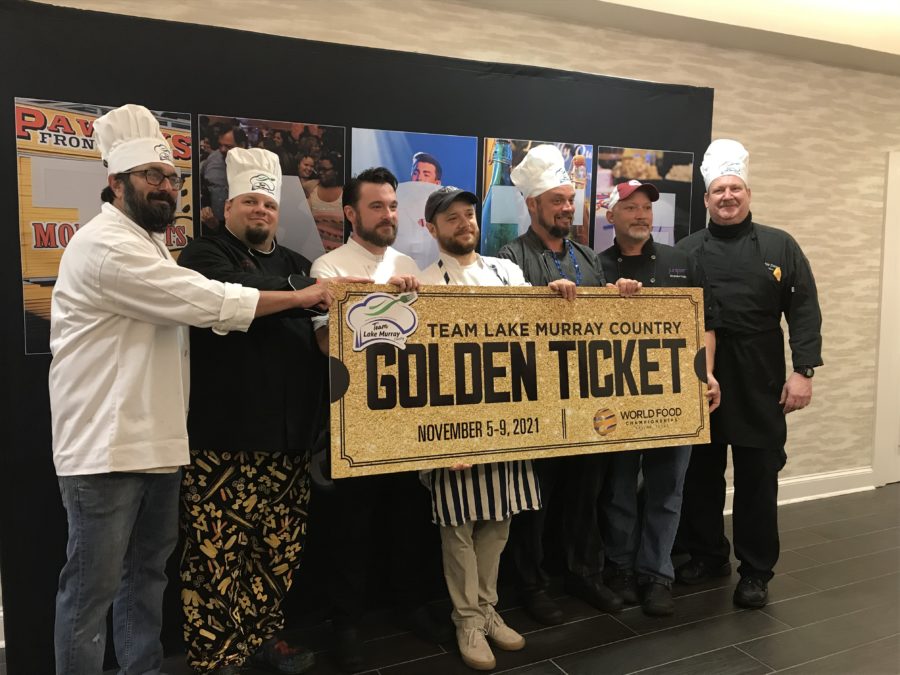 The qualifier was integrated into the Taste of Lake Murray, a food event that benefits the Lake Murray July 4th Fireworks Show. In addition to impressing WFC representatives, 15 chefs from the region were tasked with producing their best samples for almost 600 guests, all of whom got to vote on their favorite flavors of the night to create Team Lake Murray through a ‘people’s choice’ process.

The six dishes to receive the most votes earned a spot on Team Lake Murray Country, where they’ll now go head-to-head against the world’s best cooks for a chance at WFC’s $350,000 prize purse in November.

In a final twist to the event, WFC’s President and CEO Mike McCloud awarded a “Chairman’s Choice” award to Eric Crissey of Columbo’s Restaurant. Should any of the six top winners not be able to compete as a part of Team Lake Murray Country at WFC, Crissey will attend in their place.

Next, Team Lake Murray County will be assigned to their categories and learn about WFC’s EAT Methodology, which is how more than 8,000 dishes are judged and scored at the main event in Dallas. More than 450 teams from 40 states and 10 countries are expected to participate in this year’s tournament, which will feature 10 categories of food and be filmed for a special TV show.

The World Food Championships (WFC) is the highest stakes food competition in the world. This multi-day, live event culinary competition showcases some of the world’s best cooks who compete for food, fame and fortune in 10 categories (Bacon, Barbecue, Burger, Chef, Dessert, Recipe, Sandwich, Seafood, Soup and Steak). In 2019, more than 450 culinary teams from 11 countries and 42 American states competed in WFC’s Main Event. In August, the 10 Category Champs went head-to-head for a $100,000 bonus that determined a new World Food Champion in a TV special called The Final Table: Indianapolis. While contestants have to earn their way into WFC by winning a Golden Ticket at a previous competition, potential judges are welcome to take WFC’s online certification course that explains the E.A.T. methodology. Certified judges then request and receive available seats at the next scheduled WFC event. Click here to learn more about getting certified.