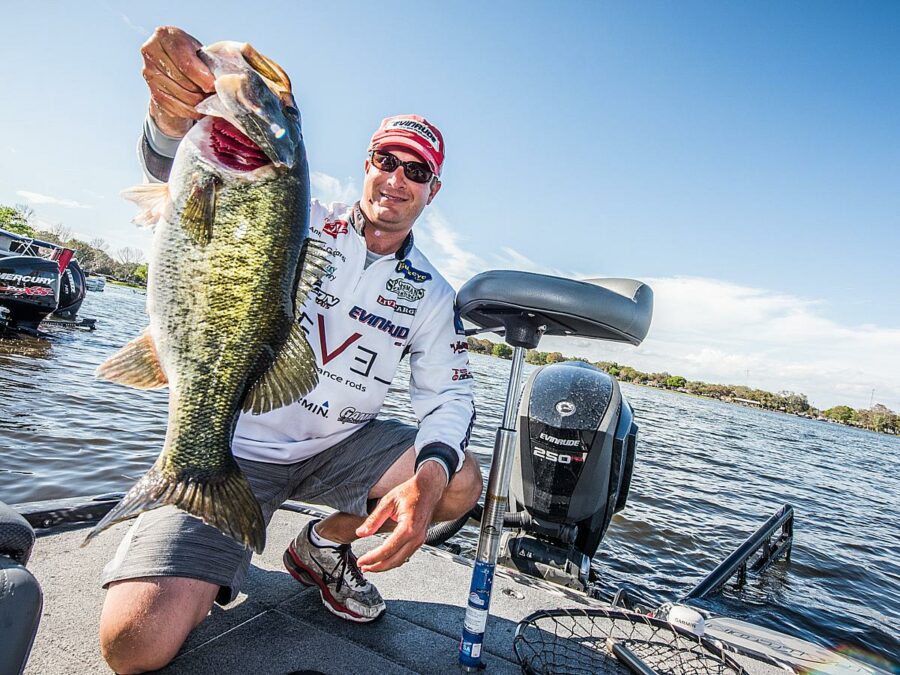 Capital City/Lake Murray Country is one of the world’s top fishing destinations! With over 650 miles of shoreline, Lake Murray is home to some of the best freshwater fish, making it the perfect “fishing hole.” With over 12 species of fish including largemouth bass and striper luring local and national fishing tournaments each year – anglers love Lake Murray as they can easily spot their lures in the clear water while reeling in a big one! The old adage “teach a man to fish and he will eat for a lifetime” remains true as knowledgeable and talented fishing guides are available to take you out on the water. Experience the camaraderie, thrill, and excitement of fishing on the waters of “the best bass fishing lake in the world.” Come Alive on Lake Murray!

In this episode we talk to:

Scott Gordon, Tournament Director of The Big Bass Tour. Scott doesn’t shy away from his love of Lake Murray saying, “it’s an exciting lake!” Scott remarks that “Murray is off the chain!” Tournaments on Lake Murray often see 9-10 to 15 changes on the leaderboard during the competition – that’s unheard of in other regions. From the amenities to the southern hospitality at the visitor’s center, Lake Murray has it all! “It’s a great destination to bring the family to because there is so much to do,” remarks Scott.

For more information about The Big Bass Tour visit: BigBassTour.com or find them on social media at Big Bass Tour.

Tony Forte, President of USAngling describes Lake Murray as “the best bass fishing lake in the world.” Next month Lake Murray will host “the Olympics of bass fishing” the XVI Black Bass World Championship. (Their words, not ours!) Tony says “the goal of the organization is to get fishing into the Olympics” – and it’s a lot closer than you might think. “This tournament is going to be a huge stepping stone,” says Tony. The largest grouping of countries to ever fish in a bass tournament on record is 15 nations. This October, 25 nations will compete on the waters of Lake Murray, with teams representing countries from all over the world including Australia, South Africa, Laos, the Philippines, and more. Every continent (except Antarctica) will be represented at the championship. Look for the international flags coming soon to the front lawn of the visitors center and see if you can identify them all!

Want to get in on the international bass action? Bring your family out for the kick-off event – Youth Angling Day at the Columbia Canal and Riverfront Park: Sunday, October 16, 2022, 11:00 AM – 3:00 PM. Children can learn to fish (from the best in the world), meet the teams – including the #1 angler in the world Jacob Wheeler, be sure to visit stations by SCDNR, Scouts of America, and US Angling that include skills in knot tying, casting, fish identification, and much more. Then grab lunch at the food trucks and snap a photo with Paw Patrol’s Skye and Marshall. Youth Angling Day is free and open to the public; an adult must accompany children.

The momentous week continues right in the heart of the action with a public Country music concert featuring Cody Webb & weigh-in Friday, October 21 at Dreher Island State Park! Cheer on the anglers as they go for gold and grab dinner from one of the food trucks – make sure you stop by and visit the vendors.

Cheer on these anglers as they chase gold during the XVI Black Bass World Championship. Like Tony says this tournament “is all about the Olympic spirit”.

Dave Washburn, VP of Operations at Major League Fishing (MLF) says Lake Murray “is a tremendous fishery” and “beyond that the hospitality in Columbia is unmatched, it’s just a great destination.” Lake Murray is one of those lakes in the world that anglers vie to fish at. Dave adds “if it’s not on your list, it should be.” Dave goes on to say that Lake Murray Country is one of the top two locations for hosting MLF events. In early October, 10 countries will be in attendance at the Phoenix Bass Fishing League Regional Championship, many of which will be competing later in the month at the XVI Black Bass World Championship. “What I have found is that bass fishermen are bass fishermen whether they are here in the United States or they’re in Korea or China or any number of countries.” It’s neat to experience [the comradery] on a personal level. The language might be different, obviously, the environment’s different, the systems of government are different, but the people that are fishermen are kindred spirits – and that really comes through.” says Dave.  Fishing is a unifier – a connection point “It’s neat to see the international movement grow.”

Looking to book your next fishing trip? Capital City/Lake Murray Country is the official source for all things Lake Murray Country. Find information on attractions, dining, hotels, outdoor recreation, fishing, golf, and events to plan your next trip. Explore the “Top Southern Destinations” of Columbia, Lexington, Newberry, and Saluda. For more information about the region visit LakeMurrayCountry.com or call 803-781-5940 | 1-866-SC-Jewel.

Make sure to subscribe and follow us so you never miss an episode!
Apple | Spotify | Google | Stitcher | iHeart Radio | Podcast Addict | Podchaser
or wherever you get your podcasts!