Three Fun Rooftop Bars in Columbia (and Drinks You Must Try!) 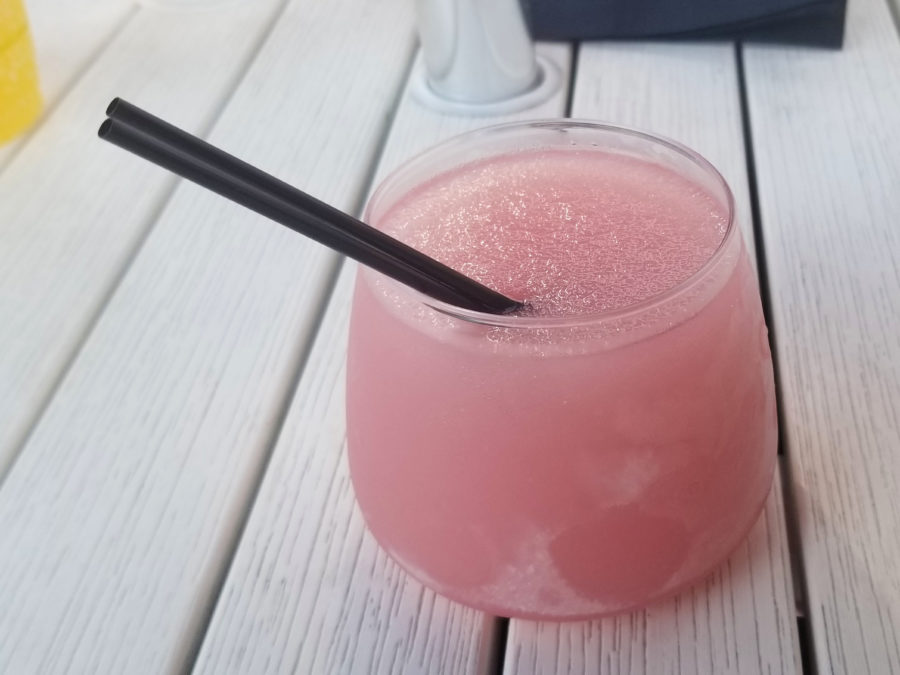 Columbia, South Carolina has the enviable location of being both the home of the University of South Carolina as well as the Capital of the state. The city also hosts the award-winning Riverbanks Zoo and Botanical Gardens, the Columbia Museum of Art, and the 1823 Robert Mills House mansion and museum.

Nightlife and a vibrant bar scene in Columbia are on the rise. If you’re looking for live music, or simply a cozy, romantic corner, you’ll find it, including some great rooftop bars with panoramic stunning views.

Conveniently located in the heart of downtown Columbia, Hendrix is a favorite gathering place for locals and visitors alike. Housed in a Main Street building rich in history which was first depicted in an 1872 illustration by C. Drie when the three-story structure was the highest on the block. The building is named after E.T. Hendrix, the building’s historic grocer who occupied the space from 1906 to 1926.

You’ll have to climb a good number of stairs to reach the third-floor rooftop bar, but it’s worth the effort (even in 95-degree heat, as we did). Sunny and cheerful, guests can sit on cozy cushioned chairs around umbrella-shaded tables, or mosey up to the canopied bar for one of their specialty drinks served by friendly bartenders. There are lots of fun Instagram views here as well.

What to Drink: I loved the “Hi’ and Mighty,” a can’t-drink-it-fast-enough concoction of house-infused hibiscus vodka, Cocchi Americano, St. Germain, fresh lime, and soda. Beware, these go down way too easily! 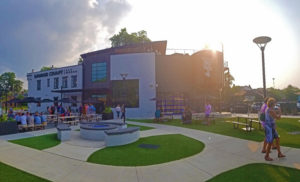 Veteran-owned, Savage Craft Ale Works is the new kid on the block. Located in West Columbia’s River District, the meticulously repurposed main building was once the original old jail building, built in 1906, and the Brookland Fire Station and City Hall, built in 1925.

The inspiration behind Savage Craft was to create a gathering place for family, friends, and neighbors in the community. The owners believe by crafting great beer they would also create an opportunity to foster a great neighborhood atmosphere.

A new 5,000 square foot structure was added to the back of the property, which houses a microbrewery, a large beer garden, a stage for live music, and a rooftop terrace.

Their website invites guests to “Soak in the views and a cocktail from the rooftop, grab a snack at the jailhouse, or enjoy live music from the beer garden.”

Of course, we headed to the rooftop. We were not disappointed in the birds-eye views or the selection of beers and other cocktails.

What to Drink: Orange Creamsicle beer made with Cara Cara Orange and vanilla. Not a fan of beer? Try the wine slushy, it’s yummy!

If you’re looking for a festive bar with the best views of the city, head straight to Black Rooster. The roof offers a view of the river, to the west for the sunset, as well as to the north for the cityscape,”

If you need a bite, Black Rooster is self-proclaimed “frenchish,” and you can find delicious traditional French cuisine such as quiche, croque monsieur, tuna tartare, and garlicky mussels. I’ll take all four, thank you very much.

Truth be told, this was my favorite rooftop bar. The vibe here is so friendly and cheerful, and the view just cannot be improved upon.

What to Drink: The Black Rooster has a cocktail called a “French Fashioned,” a French-inspired old fashioned that uses a French orange liqueur, and of course, French wine. 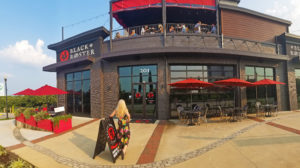