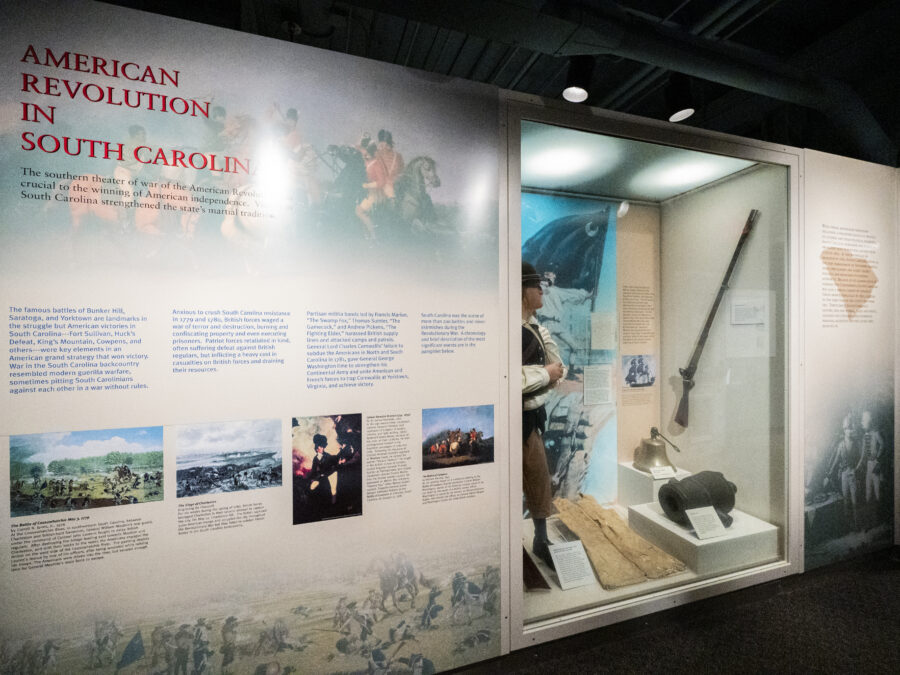 South Carolina has played a pivotal role in our nation’s history for centuries. With many monumental events happening right here in Lake Murray Country, there is so much history to discover! Many locations offer FREE admission like the South Carolina Confederate Museum and Relic Room. Stop by and explore their new exhibit this Veteran’s Day honoring those who fought in the Vietnam War. Explore the town of Blythewood’s rich history with a visit to the Blythewood Historical Society and Museum and take a peek back in time. Did you know that America is turning 250 years old? The South Carolina Sestercentennial Commission (SC250) is preparing for a celebration unlike any other by honoring South Carolina’s vital role in the American Revolution. From museums to historic sites and more, we’ll help plan your next visit to the region and make it a historic one.

In this episode we talk with:

The museum is the oldest with “the longest name in town,” says Long and dates back to 1896. It was started by wives and widows of confederate soldiers and quickly amassed more war relics through the years. Visitors can see items dating as far back as the Revolutionary war through the 21st century and view the best selection of South Carolina historic flags around. Including South Carolina’s only surviving Union flag from the Civil War. A regimental flag flown by South Carolina freed slaves who fought for the North and worked alongside Harriet Tubman.

On Veteran’s Day, the secondary gallery will reopen [post covid] with an exhibit dedicated to the Vietnam war. This display harkens back to the origins of the museum where stories were collected along with items. “The roots of our museum began with going out to veterans of the Confederate army at the time – who were still alive, and they had things and they had stories. And the stories came along with the items” said Long. “And now it is our Vietnam veterans that our staff have been working with to get both the items and the stories – that give meaning to these things because history is really about people when it comes down to it.” The exhibit honors the soldiers who fought and died, many of whom did not receive proper recognition and credit said Long, he hopes the exhibit helps to address this. “See a lot of history in one day,” by visiting the South Carolina State Museum, the South Carolina Confederate Relic Room, and EdVenture Children’s Museum.

Wade Dorsey, Reference Supervisor at the SC Department of Archives and History & Board member of the Blythewood Historical Society.

From its humble beginnings in a resident’s living room, The Blythewood Historical Society was created to “preserve the history of our little community,” says Dorsey. With commercial development of Blythewood on the rise, community members set their sights on preservation and with the gift of a historic house dating back to 1904, a museum was born. Blythewood traces its origins back to an 1840s water and fueling village named “Doko”. During that time much of the rural countryside was developing along the railroad line that connected Charlotte and Columbia. In 1879 the town was incorporated and renamed Blythewood; a name adopted from the nearby girl’s school. Dorsey remarks that “Girls from all over the south came to the area to attend the Blythewood Female Academy during the 1860s.” A largely agrarian and timber community, Blythewood has seen substantial growth in the last 20 years as a burgeoning suburb of Columbia. While the iron horses of yesteryear helped to establish the town on the map, it’s living-breathing horses that have become synonymous with Blythewood. Many farms and stables call Blythewood home along with the University of South Carolina equestrian team.

History envelops you while visiting Blythewood. Many of the buildings in the town, including town hall, located in “The Hoffman House” (c 1850 Civil War) are listed on the historical register. Make sure to stop by the Blythewood Museum, it is FREE to visit and features items relating to local history, including many Native American artifacts. Programs and exhibits rotate through the museum seasonally including historical quilts and more. Blythewood is a quick drive from Columbia and located right off I-77. “Think of Blythewood as a small oasis in the middle of a much larger metropolis, you can drop in say hi and take a look around” says Dorsey.

Molly Fortune, Executive Director, South Carolina American Revolution Sestercentennial Commission (SC250).
When most people think about American wars, South Carolina and the Civil War are synonymous. However, 110 years prior to the war between the states, South Carolina would lead the southern campaign rebellion against “our British oppressors”, and ultimately turn the tide of the war. “In reality, South Carolina is the reason why we have the government that we have today,” says Fortune. She goes on to say that “South Carolina had over 400 events happen from skirmishes to murders. If it weren’t for the Southern campaign, which ultimately preluded the Civil War by pitting neighbors against neighbors – the British soldiers would have never left.”

Much of South Carolina’s involvement in the Revolutionary War was written out of history books after the Civil War. The SC250 commission was established by the SC General Assembly in 2018 to celebrate and promote SC’s role in the American Revolution by educating, engaging, and inspiring South Carolinians and visitors. The SC250 Commission is working with all of South Carolina’s counties, 46 in total to help form committees to preserve and share this disregarded history. Committees can apply for grant funding from the commission for education, tourism, and economic development. “The commission’s primary goal is to make this history free and accessible to the public” says Fortune. One of the biggest differentiators for the SC250 from other states’ commissions is that “we really want to tell all stories, not just the patriot story, not just that of the victor, but as we said before…it was the women, the children, the Native Americans, it was free and enslaved African Americans that were here – and the loyalists who were here, that made the story so complete” remarked Fortune. Unfortunately, those records are not easily forthcoming, but the SC250 is working to identify and tell those stories with the support of the community. Ultimately those accounts will be able to stand alongside those of Thomas Sumter and Francis Marion to paint a full picture of South Carolina’s role in the Revolutionary War.

Make sure to subscribe and follow us so you never miss an episode!
Apple | Spotify | Google | Stitcher | iHeart Radio | Podcast Addict | Podchaser
or wherever you get your podcasts!